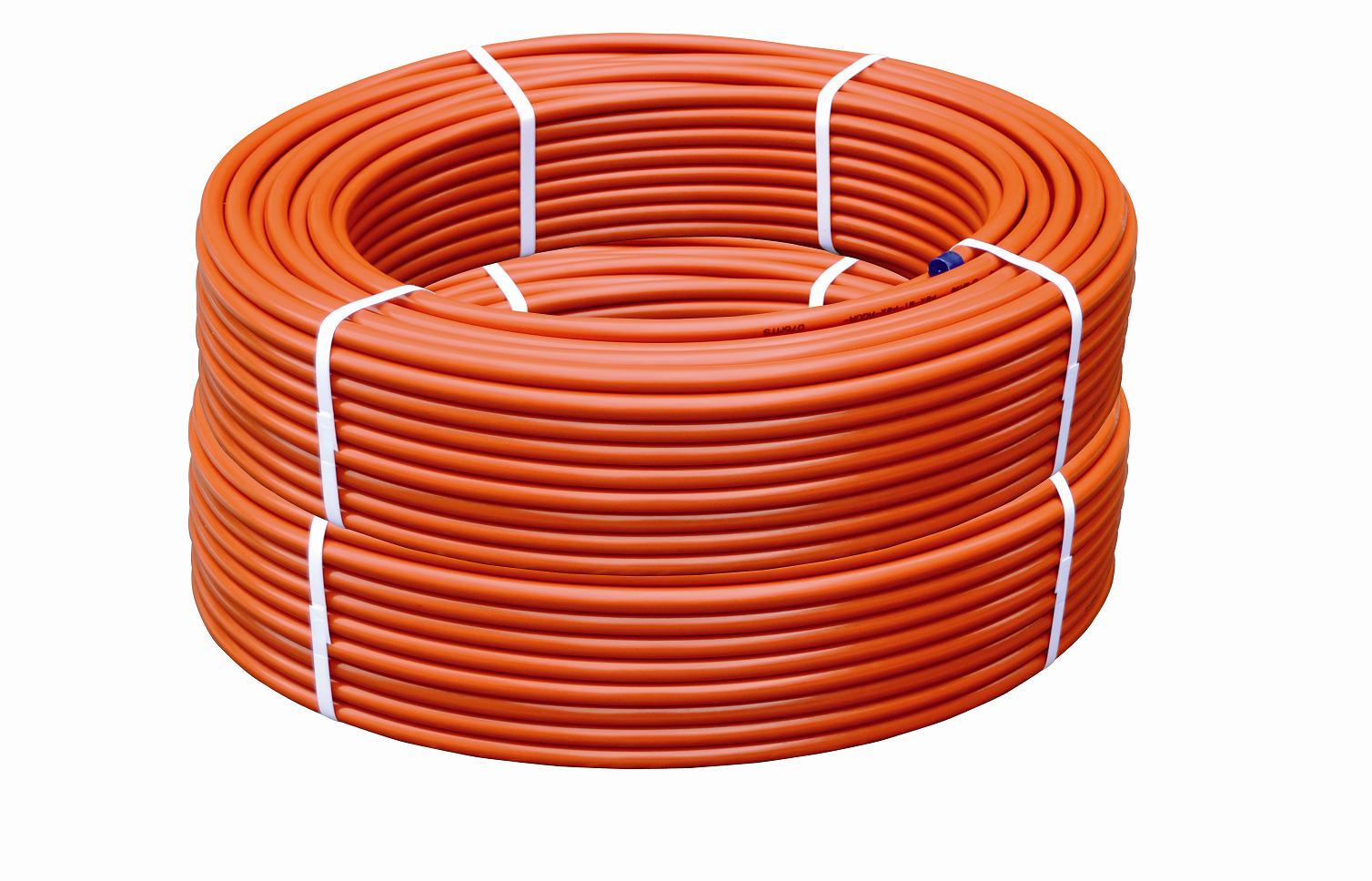 PEX-AL-PEX tubing is a composite type tubing comprised of 3 layers (PEX, Aluminum and PEX) bonded together. Since aluminum is impermeable to oxygen, it acts as an effective oxygen diffusion barrier and eliminates the need for an additional EVOH layer (as in barrier PEX), making it suitable for hydronic and radiant heating applications, including warm floors, baseboard/radiator systems, snow melt systems and others.

Among the notable advantages of PEX-AL-PEX is it's "memory" property which allows this tubing to retain its' shape when bent. In comparison, oxygen barrier PEX tubing will always try to return to its' original coiled shape unless properly secured.
Due to presence of an internal aluminum layer, PEX Aluminum PEX is less pliable (harder to bend) then PEX with oxygen barrier, but is also stronger, has higher pressure ratings and is more resistant to kinking.
While aluminum layer makes the pipe more rigid, it also contributes to lower expansion/contraction of the pipe (0.3" per 100ft at 10°F change vs. 1"-2.5" per 100ft for regular PEX), making it much quieter then oxygen barrier PEX in under-the-subfloor PEX installation.